This community is filled with an array of ways to spend your days.
BOOK AN APPOINTMENT

Old Hollywood intrigue carves a place for itself in the hills
Along the Cahuenga Pass, the Hollywood Hills give Los Angeles its iconic defining landscape. This hillside enclave shares its border with Studio City to the north, Griffith Park to the east, and Los Feliz to the south. The Hollywood Hills is bisected by Highway 101, and its central location puts it right in the heart of the action, while its winding streets and cloistering hills keep this neighborhood’s estates private. Immaculate mansions dot the hills, where their diverse range of styles gives the landscape a rich architectural texture. Whether you’re searching for crisp contemporary lines or a palatial European estate, you’ll find it in the hills.

This private and exclusive enclave is unlike any other neighborhood in Los Angeles. With a tinge of Old Hollywood glamor and an array of stunning mansions, Hollywood Hills East has an aura of mystique. This area is frequented by established professionals who crave the esteem of living among the hills. The lush tropical greenery, sparkling city lights, and historic eateries attract visitors from around the globe.

The Hollywood Hills are home to a vibrant array of cafés and restaurants that you’ll want to add to your list. La Poubelle Bistro is an intimate French dining alcove that specializes in late-night dining. This restaurant opens at 6:30 PM and stays open until midnight, so you’ll have plenty of time to catch up with friends over decadent French classics. As their name suggests, Birds is a poultry-focused American eatery that has been a staple in the community since opening in 1994. Situated just under the Hollywood sign, this emblematic outpost has a communal vibe and a mouthwatering menu. The scratch kitchen at Beachwood Cafe offers a myriad of vegan- and vegetarian-friendly options as well as an extensive selection of American favorites. This foodie-approved hangout is a go-to destination for nourishing ingredients, innovative flavors, and fresh spins on classic dishes. Mexican cantina Mercado is a drink destination unlike any other. This restaurant sports over 70 varieties of tequila alongside artistically plated meals that elevate Mexican cuisine to its most ambrosial.

Tucked into the nooks and crannies of the Hollywood Hills, this community is filled with an array of ways to spend your days. The Magic Castle is a private club that is home to the Academy of Magical Arts. This eccentric meeting place is draped in lavish baroque textiles, and since the club is open to members and their guests only, you must be in the know to walk these hallowed halls. Grab tickets to The Hollywood Bowl for an unbelievable show. This amphitheater has been a revered music venue since opening in 1922 and hosts an eclectic variety of performers from orchestras to pop artists. Surrounding Lake Hollywood Reservoir, dog-friendly Lake Hollywood Park has a stunning view of the Hollywood sign. Take a hike in Runyon Canyon’s 160 acres of parkland for a breath of fresh air and a healthy dose of sunshine.

The Hollywood Hills are home to several outstanding academic institutions that provide students with challenging and engaging coursework. A few of the neighborhood’s most notable educational facilities include: 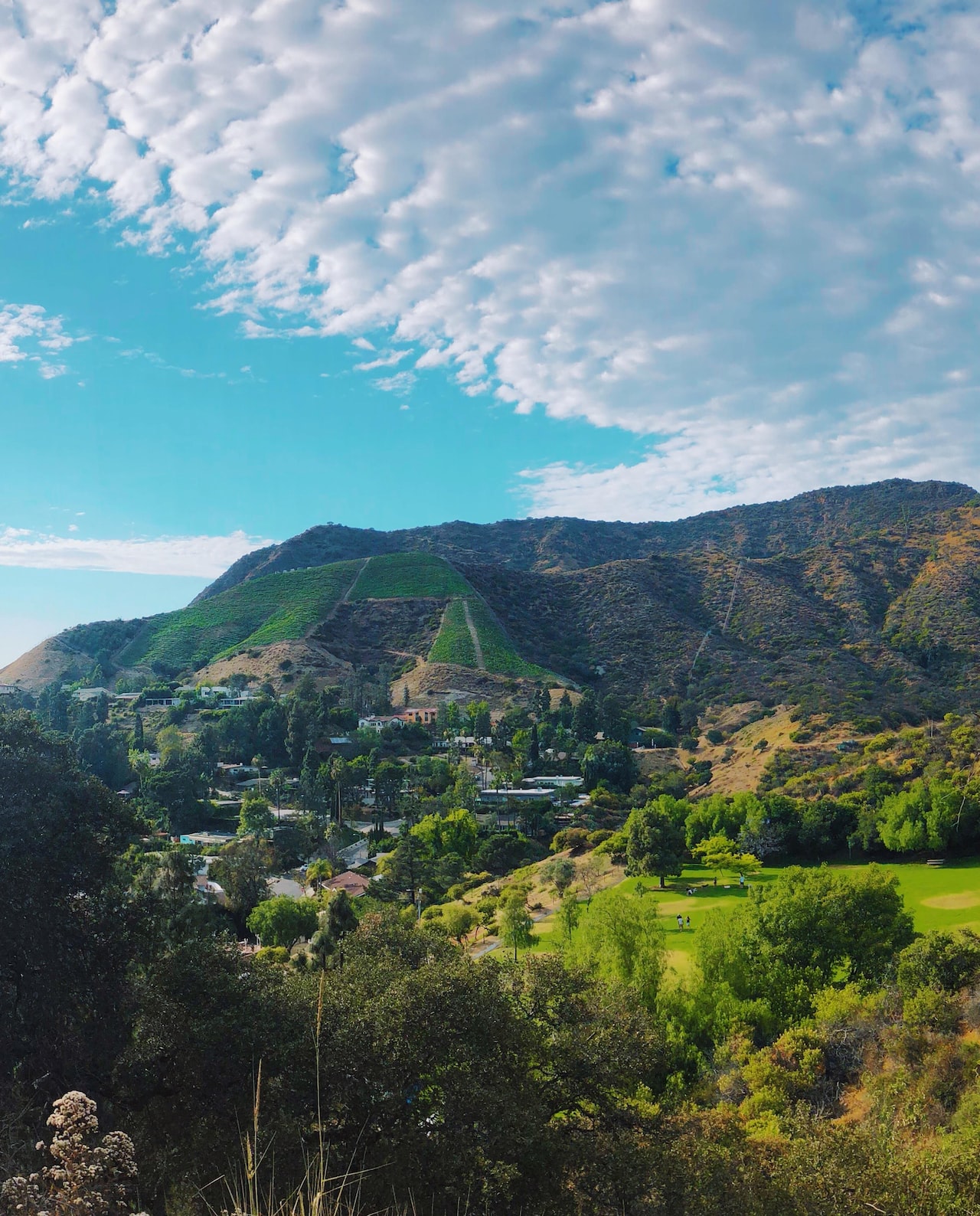 Mary Dix Group provides concierge-style services for savvy home sellers and buyers looking for a boutique experience based on trust, communication and integrity.